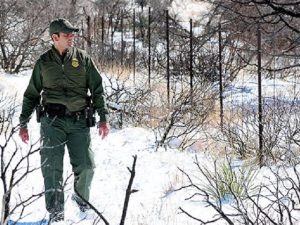 “Migrants are looking to be harbored by churches, hospitals, and schools to avoid potential deportation under Trump’s proposed immigration plans, according to CBC News. Doran Schrantz, the director of a faith organization geared to help illegal immigrants, launched a statewide effort in Minnesota to create “safe places” for migrants who face deportation after crossing into the country from the northern border. …Since starting the effort, Schrantz said there are now over 200 “faith leaders” who have promised to accept illegal immigrants into their churches to evade federal immigration law.” –Source

First of all a “migrant” is someone who came into a country legally either by using a visa who then stays for a while and either extends the visa to stay a little longer, or actually does the paperwork to gain citizenship of the country they are visiting in legally. So right off the headline and the one writing the article is being very deceptive. And as much as I wouldn’t vote for Trump or any other politician for that matter, the left keeps claiming he and others like him that say illegals are just that “illegal” anyone with a computer can dig up hundreds of videos wherein Trump and others have stated it’s not the legal migrants that’s the issue, it’s the illegal ones that’s causing the problem. But Rome and their political pawns on the left purposely lie about all that as this article and thousands like it confirms. And they lie because they must have the illegals flood into the nation to assure a massive voting bloc the next time they has some hell inspired agenda to get through the halls of Congress or excessively wicked leader to gain office.   END_OF_DOCUMENT_TOKEN_TO_BE_REPLACED “Many unreligious Americans are willing to go to church, but not for the reasons you would think. …unchurched people are not attracted to church for the worship set or to learn more about God. Instead they are more willing to come to a church service or event if faith is not explicit. For example, 62 percent would attend a church meeting about neighborhood safety, community service event, 51 percent, sports or exercise program, 46 percent, concert, 45 percent, or an all-inclusive neighborhood event at a church, 45 percent. …Invite unchurched people to those kinds of events, and many say they will attend,” he concluded. However, only 35 percent are interested in attending a worship service, 25 percent would attend a recovery group, and only 24 percent would attend a special seminar on a spiritual topic.” –Source

Students of prophecy have been declaring this prophesied event about the modern day churches for many decades. It’s sad that some organizations have to do a demographic “study” first before opening their eyes to the obvious that was written long ago. I have all sorts of blog entries, sermons and even some videos outlining how the churches in America and around the world are unable to bring the people in using Jesus Christ and His Word because most people simply don’t want to hear it. They are more interested in their pastors participating in bare knuckle cage matches in the church as well as concerts, plays, beer nights and even tattoo nights in the churches. And who do you supposed they learned this from? Of course it was Satan himself prompting them to “tickle their ears” so as to ignore their hearts in the first place, but he used his favored man of sin in Rome to get the ball of confusion rolling.  Continue reading