“Voting booths have already been hijacked by a political elite comprised of Republicans and Democrats who are determined to retain power at all costs. The outcome is a foregone conclusion: the Deep State will win and “we the people” will lose.” – Source

Jesuit priest, Father James Martin offered prayer at the Democratic National Convention while Cardinal Timothy Dolan delivered the opening prayer by video feed during the Republican National Convention. The Jesuits are playing both sides. It doesn’t matter who wins the US presidency, the real winner is the Vatican! 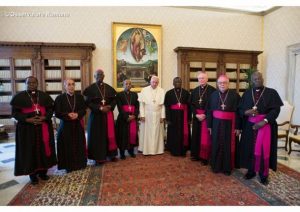 A pastoral letter from the Roman Catholic Church bishops has urged all Zimbabweans, especially young people, to register and vote in their numbers in the upcoming 2018 polls, seen as a watershed election.

Reading a letter on behalf of the bishops to congregants after a church service at St. James Catholic church in Emerald Hill, Harare on Aug. 20, Father Rungano Muchineripi said it is a sin not to vote.

“Men and women of God are getting tired of praying for issues to do with politics and the suffering of people due to bad governance, so it is high time Christians put their efforts together in registering to vote, choosing a people oriented government which is not evil, AllAfrica.com reported.   END_OF_DOCUMENT_TOKEN_TO_BE_REPLACED 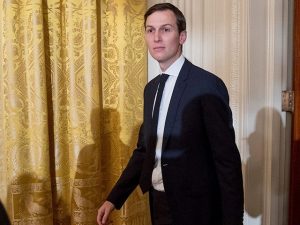 How I ask can anyone from Hollywood, and a horror film executive to boot, be considered to be one with a “sane, sensible style?” The man is involved with making Hollywood movies that glorify death! Is it any wonder serial killings have increased in number as well as very bloody murder scenes? Horror films have always gone off the chart with insane and I mean INSANE acts of violence, torture and extremely graphic murders. And with CGI technology they can literally make the on screen murders appear very real and satisfying to anyone with that caliber of demon deep inside them. How is that in anyway sane or sensible? But because Hollywood is all about selling the lie, everyone that clamors to the theaters or sits vegetating behind their TV’s will buy it hook, line and pitchfork.   END_OF_DOCUMENT_TOKEN_TO_BE_REPLACED

“Both the Catholic bishops of the United States and the Vatican have now virtually endorsed the strategy of “disruption” being used across the nation to oppose the new administration of President Trump. …The 700 attendees applauded and cheered as Bishop Robert McElroy of San Diego told them, “President Trump was the candidate of disruption. . . . Well now, we must all become disrupters.” Bishop McElroy, along with Chicago Archbishop Cardinal Blaise Cupich, has emerged as a leading voice among “social justice” Catholics determined to rally the Catholic Church to reject President Trump’s leadership and policy agenda.” –Source

One thing is crystal clear in all this is and that is of course the Vatican’s New World Order agenda. Of which we all know to be based on a Socialist (like Hitler) format so as to grant them ample control. And one sure fire way to assure they get to that end is to flood the USA with proCatholic voters, (illegal or legit) so as to have a voting bloc that supersedes all others. This is the only reason they are angry with the Constitutional reality of illegal immigration being curtailed. This is also why the US Constitution will eventually be changed.   END_OF_DOCUMENT_TOKEN_TO_BE_REPLACED 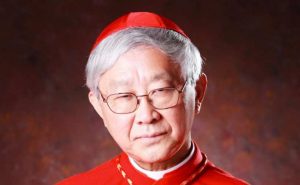 The 84-year-old former bishop of Hong Kong has firmly opposed a potential deal between the Vatican and the Chinese government that would add legitimacy to the state-run Chinese Catholic Patriotic Association. He says the move would alienate authentic Catholics who worship in the ‘underground Church’ from the one true Church headed by Christ and his representative, the Pope.  END_OF_DOCUMENT_TOKEN_TO_BE_REPLACED

(RNS) A strong white evangelical, Catholic and Mormon vote for Donald Trump belied the condemnation many religious leaders had leveled at the tycoon and paved the way for a stunning upset after a long and polarizing campaign.

Preliminary exit polls indicate these religious groups voted for Trump by strong margins — in some cases larger than they had given to GOP presidential nominee Mitt Romney in 2012.

Evangelical support for Trump surged even as prominent evangelicals, including Southern Baptist Russell Moore, railed against Trump’s behavior toward immigrants, women and other groups as un-Christian.“Donald Trump made the most full-throated and aggressive appeal to evangelical voters … since Ronald Reagan spoke to the Religious Roundtable in August of 1980,” said Ralph Reed, chairman of the Faith & Freedom Coalition. “He made these voters of faith a centerpiece of his campaign.”   END_OF_DOCUMENT_TOKEN_TO_BE_REPLACED 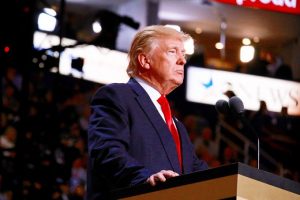 Republican presidential nominee Donald Trump has released a list of 33 prominent conservative Catholic advisers for his campaign, according to reports from Philly.com, a website of The Inquirer and Daily News.

The announcement comes in the midst of a highly contentious election season and at a time when Trump is struggling in the polls among Catholic voters, according to some reports.

Among the released names of advisers are former Republican Sen. Rick Santorum, who ran for president in 2012 and 2016. When he left the race in February, Santorum originally endorsed Sen. Marco Rubio. When Rubio left the race in March, Santorum endorsed Trump, citing the vacant Supreme Court seat as a key reason.   END_OF_DOCUMENT_TOKEN_TO_BE_REPLACED

I am sick of it! If you look at that list of where the money is coming from for the Clinton campaign alone perhaps some that accused me of being a nutcase years ago regarding how Satan uses the love of money to get things done in American politics may now see the light as those with eyes that see have realized for decades now. The most evil people in the world today are able to get American politicians to do whatever they want done because America is no longer a nation of voters who can change the political landscape wherein the political purchasing of the elite would be in jeopardy. To these billionaires in and outside the United States; America is nothing more than a money making corporation that can and has been sold out to the highest bidder countless times over the years.   END_OF_DOCUMENT_TOKEN_TO_BE_REPLACED 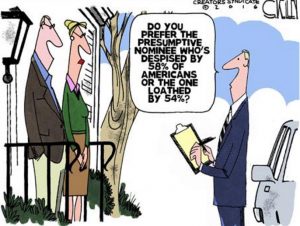 Yes, “they” as in “excuses” to vote for evil are literally everywhere now. But that doesn’t mean the Christians need to help immoral people gain office. Whether the Christian votes or not no longer matters as the evil candidate will win no matter what now. Therefore, the only reason the author of the article claims standing on moral ground is an act of “foolishness” is because he wants his party to win and claiming to be a Christian means he is appealing to the Christians to vote for Trump. But this same type of mindset moved Christians to vote for Bush who then orchestrated the deaths of thousands of Americans on 911 and even more later during his trumped up war on nonexistent WMD’s. (pun intended)   END_OF_DOCUMENT_TOKEN_TO_BE_REPLACED