Digital clones of the people we love could forever change how we grieve… This Mum and Dad live inside an app on my phone, as voice assistants constructed by the California-based company HereAfter AI and powered by more than four hours of conversations they each had with an interviewer about their lives and memories. (For the record, Mum isn’t that untidy.) The company’s goal is to let the living communicate with the dead. I wanted to test out what it might be like. Technology like this, which lets you “talk” to people who’ve died, has been a mainstay of science fiction for decades. It’s an idea that’s been peddled by charlatans and spiritualists for centuries. But now it’s becoming a reality—and an increasingly accessible one, thanks to advances in AI and voice technology.” – SOURCE.

On the wall full of patients’ portraits is Matheryn Naovaratpong from Thailand who lost her life at an early age. “[She is] by far our youngest patient, not quite three years old… who had brain cancer. Both her parents were doctors and she had multiple brain surgeries and nothing worked, unfortunately,” said Max More, President emeritus of the cryonics facility Alcor Life Extension Foundation in Arizona, the United States. According to More, the facility currently accommodates 199 people and almost 100 pets inside tanks filled with liquid nitrogen in hopes to revive them when technology has been advanced enough to treat them. He says the patients are only “legally dead” but not biologically and believes cryonics could be their saviour. The process is a lot more complicated than just freezing and defrosting.” – SOURCE.

Pope Francis spoke about old age and the expectation of death at his general audience Wednesday. Reflecting on the Virgin Mary’s bodily Assumption into heaven, he recalled the hope Christians have in the resurrection of their own body at the end of time. “We recently celebrated the Assumption into heaven of the Mother of Jesus. This mystery illuminates the fulfillment of the grace that shaped Mary’s destiny, and it also illuminates our destination,” he said at the Vatican on Aug. 24. “Our destination is heaven.” – Source. 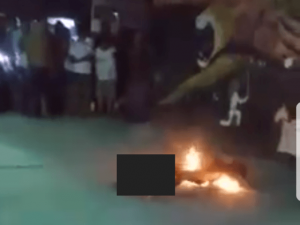 Keep in mind that the majority of residents in that village are Roman Catholics and as historic record proves, this is what Roman Catholicism breeds. Case in point, do you recall the Vatican’s Inquisitions wherein hundreds of millions of Christians were martyred for their faith during the prophesied 1260 year first reign of terror by the Popes of Rome where they used very torturous means to kill their victims including being burned alive as this man just was?  END_OF_DOCUMENT_TOKEN_TO_BE_REPLACED 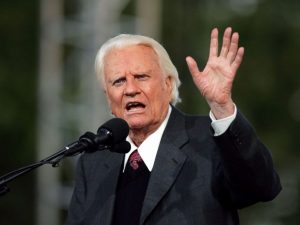 Fake News is one thing, fake religion, or apostasy as the Word calls it, is quite another. I will not comment on where Billy Graham is headed as I leave that kind of judgment up to my Lord. But for Huckabee to claim he is in Heaven right now, I have Scripture to declare truth on this that cannot be denied and so I have to ask if Huckabee believes or even studies His Christian Bible. Reason I ask is because I see him doing what all the apostate wolves have been doing for literally eons. To claim someone is in Heaven at the moment of death is simply unbiblical. There isn’t a single Bible verse to back that up.  END_OF_DOCUMENT_TOKEN_TO_BE_REPLACED Once again we see a school shooting and people dying at the hands of someone medicated by Pharmaceutical drugs! Yet because big pharma uses their insane amount of profits to pay off so many politicians you won’t hear the truth about their mind altering drugs being mentioned in the media anytime soon. No, I expect for the next few weeks we will hear all about the need for gun control in the USA from those paid off politicians and nary a single doctor who “legally” prescribes these psychotropic drugs that are far more powerful than any street drug known to man will ever see any jail time. No laws will be passed to stop the drug companies from killing innocent people by murder or even suicide; not to mention the accidental deaths from being prescribed the wrong medications. In fact, drug overdose deaths exceeded motor vehicle-related fatalities in 36 states! Yet they still sell this stuff without so much as a slap on the wrist?  END_OF_DOCUMENT_TOKEN_TO_BE_REPLACED 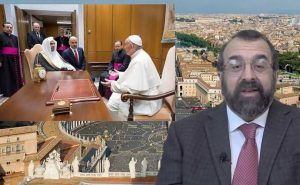 “Robert Spencer is “perhaps the foremost Catholic expert on Islam” in the United States and he has written in many Catholic and non-Catholic Christian publications and programs. Therefore, what Robert Spencer has to say in relation to Islam should at least be given serious consideration. …In the case of this video, Spencer calmly presents legitimate concerns about what he believes would be the logical implications or real world perceptions by Islamists of Pope Francis’ statements and actions regarding Islam and the unchecked massive invasion of Islamist young men into non-Islamic nations. Given how deeply he is immersed every day in reporting on Islamist mass slaughters, violations of women and children and many other Jihadist depravities, it is no wonder that Spencer can seem rather harsh or blunt when discussing the pope and Islamism. …Spencer does not believe that traditional Islam is “inherently terroristic” but says he can prove that “traditional Islam contains violent and supremacist elements”, and that “its various schools unanimously teach warfare against and the subjugation of unbelievers” –Source

With all that said, the Pope still declares Islam a religion of peace and the Koran to be a peace filled book and as this reporter states in the video, he also claims meeting with known terrorist leaders to be an act of love. This man of sin in Rome is doing the exact same thing Hitler’s Pope did only now he does this openly without fear of much reprisal because of how easily the media of today is scripted. Due to the dumbing down of billions due to government schools as well as the censored media, most can’t see the danger here. And even though violence is committed right in front of them, they still don’t speak out against this Pope because even if they did the media would not allow it to be published. Hence the reason I have had more than a few videos deleted by Youtube as well as my main site being censored by AOL, Google, DLink Routers, and others.   END_OF_DOCUMENT_TOKEN_TO_BE_REPLACED 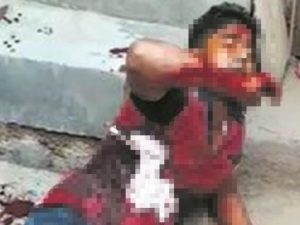 Don’t think for a minute that this is unique to India. Over the last few years alone I have shared the prophecy Jesus stated in Matthew 24:12 so many times I lost count. In fact, just this morning I came across four more articles about loved ones killing family members. As prophesied, more and more people no longer have that inborn love for their fellowman, next door neighbor, co-workers, classmates or even their very own family members in every nation on earth. And it’s all happening because now that we are on the threshold of the return of Jesus Christ, all those that refuse to read their Bibles have become deceived into an unnatural loyalty to the dying god of this world and because Satan has nothing but abject hatred for all men who were created in the image of God, all those that following him reflect that very same hatred in the same way true Christians reflect the true love of Jesus Christ.  END_OF_DOCUMENT_TOKEN_TO_BE_REPLACED 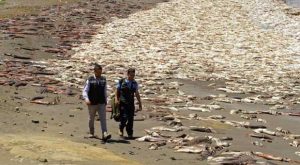