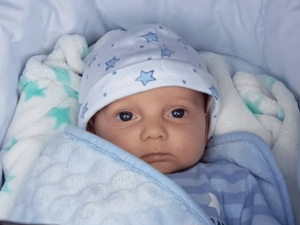 “A European court has ruled that the parents of a critically ill baby cannot privately pay for him to go to the United States for “experimental treatment”, and the child must stay in a British hospital to “die with dignity.” The parents of 10-month-old Charlie Gard are reported to be “utterly distraught” after the European Court of Human Rights (ECHR) denied them a final effort to save their dying son.” –Source

First and foremost, how does a baby “die with dignity” when that baby cannot even form a single word let alone a complete sentence? No, this insane decision to refuse the parents of this dying little boy the chance to get him to the United States is nothing more than par for the course in this end  time society wherein death is looked upon as just another way to save money. As is obvious, one of the main reasons the UK court is demanding this child to “die with dignity” is because as they admitted in writing, the parents “cannot privately pay for him to go to the United States.”   END_OF_DOCUMENT_TOKEN_TO_BE_REPLACED