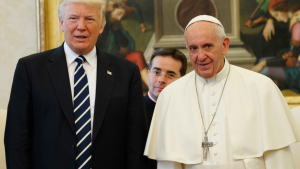 Evangelical supporters of President Donald Trump on Monday requested a meeting with Pope Francis over a recent critical article in a Vatican-vetted journal.

Johnnie Moore, a leader of Trump’s evangelical advisory board and a spokesman for some of its members, said he sent the request to Rome in response to an article published last month that accused some American Catholics of building an alliance of “hate” with evangelicals who backed the president.   END_OF_DOCUMENT_TOKEN_TO_BE_REPLACED 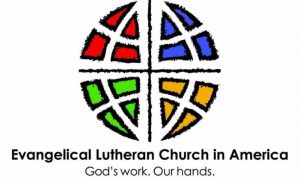 NEW ORLEANS, La. — The Evangelical Lutheran Church in America (ELCA) voted overwhelmingly last week to approve a declaration of unity with the Roman Catholic Church in an endeavor to “enumerate the many points of agreement between Lutherans and Catholics”—a move that some state is contrary to biblical Christianity.

The “Declaration on the Way” was approved 931-9 during the denominational assembly at the Ernest N. Morial Convention Center in New Orleans. According to an official press release by the ELCA, members stood and applauded following the vote.

The declaration “seeks to make more visible the unity we share by gathering together agreements reached on issues of church, Eucharist and ministry,” the document outlines. However, it is called “on the way” because “dialogue has not yet resolved all the church-dividing differences on these topics.” END_OF_DOCUMENT_TOKEN_TO_BE_REPLACED

Posted on August 23, 2016August 23, 2016 by Gospel Order 0
In a world where wars are waging, shootings are on the rise and terror is around every corner, thousands of youth attended a Christian prayer event on the Washington, D.C. National Mall.
The meeting called for unity among all Christians and, with Pope Francis sending a special video message from Rome, for all people to stand together and “give Jesus a try.”