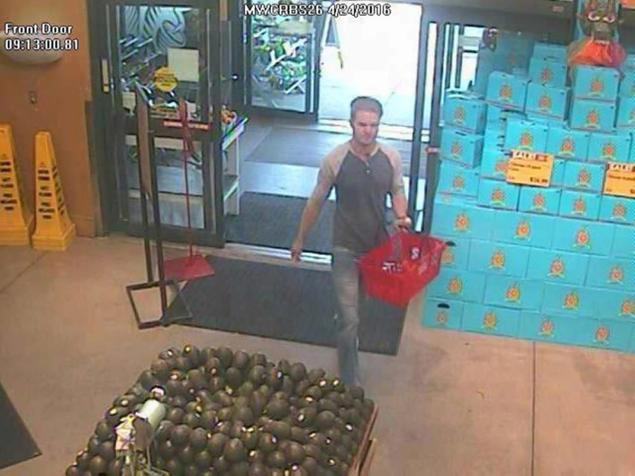 The FBI said Tuesday the serial spray suspect is in custody, but his identity has not been revealed. No criminal charges have been announced and no motive has been specified.

The suspect was caught on camera spraying a sickening mixture of alcohol-based hand sanitizer, water and Tomcat-brand mouse killer on prepared food and produce in the past two weeks, the FBI said. Authorities said he contaminated food at three Ann Arbor locations, including a Whole Foods.  Source