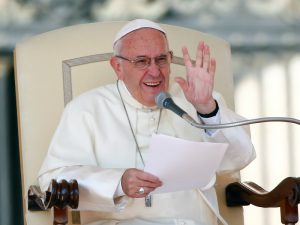 VATICAN CITY (RNS) Pope Francis is firing back at foes of his efforts to make the Catholic Church more open and pastoral in its ministry, telling an interviewer that “they are acting in bad faith to foment divisions.”

The pontiff’s lengthy interview in Avvenire, the official newspaper of the Italian hierarchy, was published Friday (Nov. 18) and followed days of news coverage of demands by four hard-line cardinals who have grave concerns about Francis’ approach.

The four say that focusing on ministering to people in their particular circumstances is eroding the church’s doctrinal absolutes and that Francis must dispel any ambiguities or face serious consequences.   END_OF_DOCUMENT_TOKEN_TO_BE_REPLACED

The head of the Protestant Church in Germany has called for Islam to be taught in state schools across the country as a way to make young Muslims impervious to the “temptation of fundamentalists.”

Bishop Heinrich Bedford-Strohm told the Heilbronner Stimme newspaper that teaching Islam in schools nationwide would give Muslim pupils a chance to take a critical approach to their own religion.  Continue reading…

Norway is a progressive country. It has already adopted policies and legislation to support minority rights, women’s rights, and LGBT rights. It was the first country to pass an anti-discrimination law to protect the rights for same-sex couples.
In the year 2009, it became the sixth country to provide complete marriage equality to same-sex couples. Last Monday, Norway again displayed its sense of practicality in this modern world by voting in favor of allowing same-sex marriage in the church. At the annual conference of the Norwegian Lutheran Church, 88 delegates out of 115 in total, voted to approve same-sex marriages in church. An increasing number of churches all over the world are becoming more tolerant towards their attitude regarding the LGBT community. In the year 2015, the French Protestant Church decided to allow same-sex marriages in the church. The U.S. Presbyterian Church rewrote its Constitution to include gay marriage. The LGBT community is hoping to see in the coming years many more churches following the path. Source
Posted on April 14, 2016 by Gospel Order 0 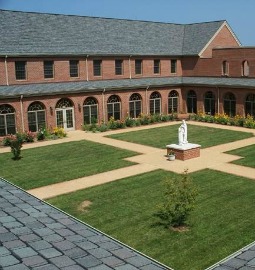 Dixie Catholics credit the strong Southern sense of community, and dialogue with faithful Protestants, with helping to power the Church’s growth there.

LINDEN, Va. — In the waves of turbulence that rippled throughout the Catholic Church in the 1970s, the nuns of St. Dominic’s Monastery found themselves forced to leave their longtime home in Wisconsin in search of a new one.

The nuns moved to a temporary residence in Washington, D.C., while looking for a permanent setting conducive to the cloistered, contemplative life they sought to lead. It would be more than two decades before they found one. When they did, it was in what may seem a most unlikely place: the rural northeast of Virginia, considered one of the Protestant Bible Belt states of the South.

The story of St. Dominic’s Monastery’s southern move may be the story of U.S. Catholicism. New data shows that some of the fastest-growing dioceses in the country are deep in the U.S. South.

The third-fastest-developing diocese is Atlanta, which saw the number of registered parishioners explode from nearly 322,000 in 2002 to 1 million in 2012 — an increase of more than twofold, according to the Center for Applied Research in the Apostolate at Georgetown University. Atlanta also has the largest Eucharistic Congress in the country, with an annual attendance of about 30,000, according to an archdiocesan official. Source