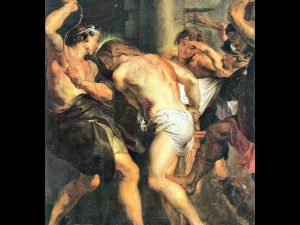 So, according to Salon Magazine, the United States is no longer a Christian nation simply because Ted Cruz, a man claiming to be a born again Christian, (like GW Bush who pulled off the false flag attack on 911) wasn’t able to gain the Republican nomination to run for President? Seriously? Is that all it takes to confirm “God is dead” in America?

What Salon and just about every ‘Christian’ in America keeps forgetting is that anyone can claim to be a Christian when in actuality they are anything but. The doctrinal stand of Cruz’s religion confirms hands down that they do not believe in the Bible’s description of true Christianity. Truth is, as prophesied, most people in this nation have no idea what real Christianity is. But even there it doesn’t mean God is dead. After all, He’s the one that said in Luke 18:8, “..Nevertheless when the Son of man cometh, shall he find faith on the earth?”

The fact most think God is dead confirms He is very much alive. What I mean by that is, He said 2000 years ago that the majority would lose their faith in Him right before He returns. Since most relish the lie over the truth today, as far as the writers at Salon magazine are concerned; God is dead. But then we all know how short lived a lie can be when in the created Universe we have a God wherein His truth is eternal. The truth always, 100% of the time wins out no matter how much the lie is repeated. And when that Eastern sky splits, the hardened scoffer himself will admit that to his own heart deep within as he (or she) breathes his last.

One can see this to be a global movement of Rome now hands down. How so? Just the other day I posted  an article that said the jihadists have won in France because Christianity is dead when in fact the opposite was true there as well. It’s amazing to see how every time the Lord starts to move His people towards a resurgence of faith due to their crying out in true repentance, the dying god of this world moves his minions in Rome to declare God is dead. Satan will lie every time his lips move and so when the truth is a threat the lie becomes the message. And since most follow Satan, his message spreads fast. And no, I am not suggesting a coast to coast revival wherein all churches repent. No, my Bible says those churches will empty as per Revelation 18:1-5 command. Nice thing is, prophecy also predicts our message will go global and bring many souls out of the fallen churches and into the arms of Christ. And right after the plagues begin, the number of overcomers left standing will be144,000 in number. But that’s all that’s needed when it comes to how our God will be glorified before billions. Yes, billions will be against those of us in that number that day, but like their spiritual forefather Goliath saw, they too will be destroyed by our God. For it is also written in Psalms 119:126, “It is time for thee, LORD, to work: for they have made void thy law.” The Gideon band won’t even have to lift a hand other than to raise it in prayer and praise onto the every living God who has come to take us home. And as we stand there “it shall be said in that day, Lo, this is our God; we have waited for him, and he will save us: this is the LORD; we have waited for him, we will be glad and rejoice in his salvation.” – Isaiah 25:9.

Truth is, the GOP has already dumped Jesus long ago. Just as we saw the many evils in the democratic party with every election they won over the years, we have seen the exact same evils in the republican party throughout the decades. The only reason Salon wants Jesus dumped now is because they cringe at every mention of His name. Like any other Atheistic heart on earth, they will do all they can to garner as many souls into their misery hoping that if they get enough people to agree with them that God is dead, they will somehow vindicate their stance and remove their guilt and finally find peace. Not happening! No Jesus means peace. You need to know Jesus to know peace.