Trump to Backtrack on Climate Change? 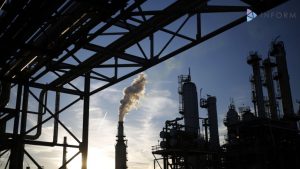 “President Donald Trump, having already backtracked on several campaign pledges considered important to his populist-conservative base, sparked worry Tuesday he may decline to withdraw from an Obama-era climate change agreement. …Staying in the legally non-binding accord would be an abject betrayal to his supporters,” said Thomas Richard of Climate Change Dispatch, in an email to LifeZette. Richard noted that the accord is the kind of abusive agreement Trump used to bash as a “bad deal.” …But Trump is under pressure from moderate advisers to reconsider ahead of a late-May meeting of the G7. Trump would be expected to take grief from France and Canada were he to pull out of the Paris Accord.” –Source

This is par for the course when it comes to all politicians. Be they dyed-in-the-wool as most in office today are, or those that come into office with no political experience beforehand. Just as we saw with Reagan we now see with Trump. What I mean is. Even though they (Reagan & Trump) may have made honest promises in their campaigns, (if that was possible) once gaining the oval office the reality of sitting in that chair had to come with some surprises. The biggest being, as we saw with Reagan, is the fact that the man of sin in Rome is in fact a lot more powerful in American politics than any new candidate vying for that office could know before winning the election and so, I don’t see Trump delaying his decision on whether or not to play the global game of climate change as an easy one to make knowing he did in fact make that promise to the American people and now the cold hard reality is he may have to renege on it. So the delay is more about spin-doctoring than it is about reneging. After all, sitting in that chair I am sure he now has a lot more info on why Kennedy was assassinated for denying Rome’s will and why Reagan was shot just three months after being sworn in. And most today already know about the Jesuits who killed Lincoln.

Prophecy dictates that the climate change agenda will be used against every soul on earth as the main excuse to enforce the mark of the beast. And so Trump is going to have to either publicly renege on his promise to walk away from the Pope’s agenda with Climate Change, or he will have to do some fancy footwork behind closed doors wherein he can promise the Pope he will allow it to be business as usual on this front while somehow calming his many supporters. In fact, I can see this as a bipartisan cover-up in that both sides of the isle have already agreed to work with the Pope and so if Trump finally decides to agree “quietly” so as to prevent public outcry, nary a Democrat will out him on this as this is far more important to their boss in Rome than the politics surrounding it all. It will get done. Will it be a simple changed name as Trump seems to be going for with Obamacare? Who knows.. all I know it prophecy will be fulfilled.

And so, I guess it’s as I assumed decades ago after watching for the first time how a presidential candidate flip flopped on a campaign promise. These men running for office assume they will be THE power in the White House once there. And so, like John F. Kennedy found out the hard way, and Reagan who later bowed to the Pope after getting shot wherein he obviously promised to help him bring down that wall and destroy Russia, the promises they make on the campaign trail have absolutely nothing to do with what will really happen once elected. What amazes me is how students of prophecy that have nary a speck of political ambition in their bones already know what will happen in American politics long before even the Presidents themselves do.

Oh.. and like I stated in those videos I did on Trump and the 501c3; Trump can promise to remove the 501c3 all he wants just as he promised to ignore the climate change agenda. But the basic reality here is; that will never happen as the prophecy declares the pastors in the American churches will have the ability to “speak and cause” religious laws (the mark) come to fruition in America and then the whole world. To nullify (without a rewrite of sorts) the 501c3 government contract of all those pastors would be to remove their prophesied ability to lobby religious law. And according to my Bible that will not happen. Those laws will be passed! The fact the pastors already created an image to the beast in Rome so as to be able to have that power confirms, the prophecy is sure. Common sense dictates that once they get that kind of power handed them, which is what happened on March 07, 2006, as Rome planed for every “pastor” in their camp they can now force Roman Catholicism into the American courts! In fact, they admit this in writing…

Now do you see why Trump installed so many Roman Catholics into his administration?