VIDEO: This California State Assembly bill would BAN the Bible! 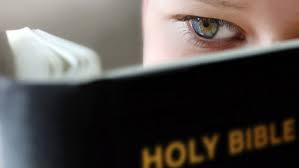 Jesus stated in Luke 17:26-27, “And as it was in the days of Noe, so shall it be also in the days of the Son of man.  They did eat, they drank, they married wives, they were given in marriage, until the day that Noe entered into the ark, and the flood came, and destroyed them all.”

And of course Jesus goes on from there to share it will be as it was in Lot’s day as well when the fire and brimstone fell from the sky to destroy all that embrace homosexuality. And yes, the reason Jesus repeats Himself in Luke 17:27 regarding them marrying wives and then being given in marriage has to do with normal marriage wherein a man marries a woman to be his wife, and then homosexual marriage wherein same sex marriage was allowed in Noah’s day.

As I stated in previous videos global homosexual marriage was the final sinful act of the people that brought on the flood of Noah. Hence they use the rainbow to this day to mock the Lord that sent that flood. And so as you’re about to see in the following video, California is planning to ban the Bible because the truth it contains about homosexuality is offending those that embrace such sinfulness.

Check out the video!

Whether they pass the bill and make it law no longer matters. Christian prophecy will be fulfilled and every sin known to man will be normalized and the Bible that condemns it will legally become hate speech in America and around the world just as we in the remnant church have been warning people about for decades. Pray for these lost souls that they find Jesus and come out of the sinfulness that perverts their minds into thinking homosexuality is normal.