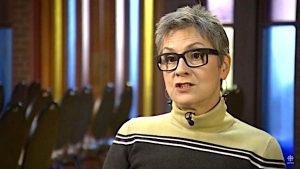 “It’s going to be wonderful,” Vosper told the Canadian Press. “We’ll be out from underneath that heavy cloud. Now we’ll be able to really fly.”  END_OF_DOCUMENT_TOKEN_TO_BE_REPLACED 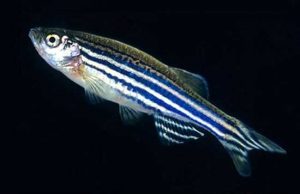 Now I know most Atheists are going to laugh about the video I have linked out here, but I am still going to post it with the hope that out of all of them that scoff, a few may come to their senses and realize that evidence like this proves there is a Creator God. Because the common sense question has to be, if there is no God, please explain who it was that gave the intelligence to this single living cell so it would do as it does in the inner ear of a Zebra fish?

Yes, many will scoff even after seeing such a video because in today’s world Christianity has been so watered down by the false prophets and pastors the last 2000 years that the church no longer has the peculiar people they once had. The light of the Lord in God’s people has grown so dim that it is rare to hear about the sick being healed, demons being cast out and prayers being answered in every aspect of life. Worse yet, the sinful churchianity of the prosperity preachertainers of today has caused most Christians today to embrace sin like everyone else just as prophecy predicted they would. And as planned by the dying god of this world, the scoffers and Atheists base their strange theories on the fruits of those same lukewarm Christians so as to further wallow in doubt. Furthermore, because it’s the end of days, all these false Christians have no clue as to the prophetic Word of God that helps to ready a people for the coming of the Lord and so more and more souls never hear present truth, which means they too are cultivated into the camp of the nonbeliever.   END_OF_DOCUMENT_TOKEN_TO_BE_REPLACED

But the freshly signed act is being heralded by some legal scholars as a different milestone — for the first time, atheists and other nonreligious persons are explicitly named as a class protected by the law.

“The new law has some really interesting language in it,” said Caroline Mala Corbin, professor of law at the University of Miami. “It takes an expansive view of religious liberty, saying freedom of religion is not just about the right to practice religion. It is also about the right to have your own views about religion including being agnostic and atheistic.”   END_OF_DOCUMENT_TOKEN_TO_BE_REPLACED

Call it resistance with love. A massive gathering of atheists that takes place every year in Washington, D.C., will now face some concerted counterpointing, thanks to the rally call of one church in California for those of Christian faith to travel to the freethinkers’ scene to try and change hearts.

The Living Waters Church, out of Pasadena, California, and founded by Ray Comfort, has scheduled to film its next episode of its televised “The Way of the Master” program in the nation’s capital – and it’s coincidentally on the same June 4 day as the “Reason Rally.” The annual event is basically a “mega atheist gathering” and this year will include “big-name speakers such as Bill Nye, Penn Jillette, Lawrence Krauss and actor Johnny Depp,” the church said in a statement on its website. Source