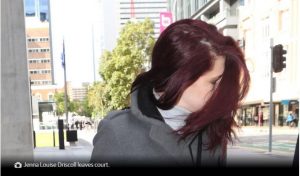 A WOMAN has pleaded guilty to three charges of bestiality after police found videos of her having sex with a dog on her mobile phone while she was under investigation for drug trafficking.

Jenna Louise Driscoll entered the plea in the Brisbane District Court this morning.

She will be sentenced in November.