Cuba (MNN) — Over the last few years, United States and Cuban relations have improved — to an extent. But it turns out what we see in the United States isn’t the whole picture. 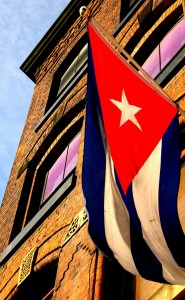 Patrick Klein of Vision Beyond Borders says while there’s an outside perception of growing freedom, there is actually growing religious persecution in Cuba.

“We’re given the impression by the media in America, the mainstream media, that Cuba’s opening up, and with the relationship with America that things are better.”

Klein says this comment was not well received. The Cuban government has no intentions of leaving communism. With mounted pressure, Klein says they looked for someone to blame.

“The backlash actually came against the Church,” he says.   END_OF_DOCUMENT_TOKEN_TO_BE_REPLACED