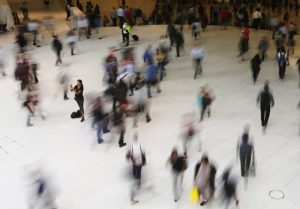 My first video about tracking Christians was about the CCTV network in China that is already being used in most cities around the world. (see this too) My next video of a few days ago was about how the police use a device called the Stingray to track people using their own cell phones, and now I find that even if you turn off Google’s tracking in your cell phone they still track you regardless. And yes, like in the other two videos, the police are the ones implementing all this regardless of what the Constitution says in Amendment #4 about illegal search and seizure. In fact the article I found this morning stated that the Raleigh North Carolina Police were able to serve a warrant on Google to find devices near a murder scene; and so Google’s claim that you can turn it off is something even the police know isn’t true. For had it been true they never would have bothered to do all the work to get and then serve the warrant.  END_OF_DOCUMENT_TOKEN_TO_BE_REPLACED 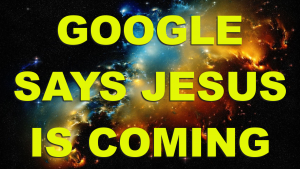 Yes, I know I said in the video I posted on all this Wednesday evening that I wasn’t going to post a blog entry on it. But the comment section on YouTube warrants it. That way I can just point to the links proving truth in the hopes of slowing the comment storm.

In the video I share something that most won’t believe and I did it all on screen so they can see it for themselves before Google removed it (AND THEY DID remove it yesterday) Check it out the article that originated all this here. In the video I show how if you type “dog” 19 times (preferably in notepad first and then pasted in) you will see Google translate using “Mauri” as the originating language that they hid a statement regarding the return of Jesus. (Well.. “their” version of Jesus that is)   END_OF_DOCUMENT_TOKEN_TO_BE_REPLACED 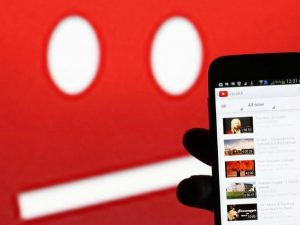 You do realize what YouTube is saying here right? They are boldly declaring that if you’re a Christian, and when I say Christian I mean Bible believing obedient child of God who will not declare Allah is God, homosexual marriage is ok or the Vatican is a Christian organization. That type of Christian will be censored on YouTube. But the truth is, they have already been censoring Christians for years. Ever notice how the amount of hits on my videos have gone down lately? Now I know 8500+ subscribers isn’t a lot, but as is also obvious, it’s not as often as it should be that we see over 1000 hits per video even though when I had next to no subscribers the hits were off the chart. Plus, when they censor the hits, they’re also preventing subscribers. And I am not going to buy subscribers as some have been caught doing in the past.   END_OF_DOCUMENT_TOKEN_TO_BE_REPLACED

The company maintains at least nine different blacklists that impact our lives, generally without input or authority from any outside advisory group, industry association or government agency. Google is not the only company suppressing content on the internet. Reddit has frequently been accused of banning postings on specific topics, and a recent report suggests that Facebook has been deleting conservative news stories from its newsfeed, a practice that might have a significant effect on public opinion – even on voting. Google, though, is currently the biggest bully on the block.  Continue reading…

If you read or clicked anything online today, some part of Google probably knows about it.

That’s one lesson from the largest study yet of the technology that tracks people’s movements around the Web. When Princeton researchers logged the use of tracking code on the Internet’s million most popular websites, Google code was found on a majority of them.
Google Analytics, a product used to log visitors to websites that integrates with the company’s ad-targeting systems, was found on almost 70 percent of sites. DoubleClick, a dedicated ad-serving system from Google, was found on close to 50 percent of sites. The top five most common tracking tools were all Google-owned.  Continue reading…