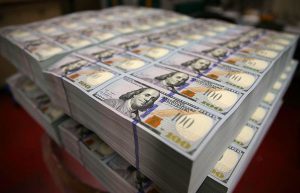 “The Obama administration’s desire for a universal health-care system soon may be fulfilled – in Bangladesh. It is there that U.S. taxpayers potentially face an initial $90 million “investment” solely to design such a system. …The administration through USAID expressed a commitment to help the government of Bangladesh, or GOB, achieve its objective of providing UHC by 2032. The agency acknowledged, however, that several obstacles stand in the way attaining that goal – including a GOB trend of spending proportionally less money each year on health care for Bangladeshis.” –Source

Some of you may recall a 3 minute video I made back in December of 2013 titled “Obamacare = International tool to enforce mark of the beast.” I outlined some facts regarding the involvement of the World Bank president and why an international banker would be interested in Obamacare. I also mention the video I made 5 days earlier titled “Guillotines in Obamacare” in that video as well and yes, that one got many more hits than the one about the mark of the beast because as Rome knows, most people could care less about their eternal lives. They only care about the flesh and what it has to offer on a day to day basis. That’s why the video about the guillotines has 11,366 bits to date wherein the other video made just 5 days later only has 1497 hits. Basic reality of this end tome society is that most people today don’t want to hear about the prophesied truths of the Bible. And yes, that too was prophesied. Notice what it says in Isaiah…   END_OF_DOCUMENT_TOKEN_TO_BE_REPLACED

The broadcast networks have refused to cover the repeated failures of ObamaCare in 2016. During the entire year, ABC World News Tonight and NBC Nightly News have yet to give the floundering program any coverage at all, while CBS Evening News only found time to cover two of the ObamaCare updates – and that only added up to 2 minutes and 18 seconds of coverage for the entire year.

To put that in perspective, these same three evening news shows managed to find 46 minutes and 49 seconds to dedicated to Olympic swimmer Ryan Lochte running afoul of Brazilian police.

Here are some of the major ObamaCare developments that the networks ignored: END_OF_DOCUMENT_TOKEN_TO_BE_REPLACED