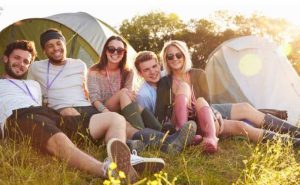 “The petition states: We, the undersigned, are scandalized and disheartened by the Pontifical Council for the Family’s new project known as The Meeting Point: Project for Affective and Sexual Formation. This project has many dangerous flaws. For example:

…we humbly beg you to protect and guide your flock by retracting this project and restating the Church’s perennial teachings on both the primacy of parents as the educators of their children and the proper approach of extreme caution to this task as explained in Familiaris Consortio.” –Source

Yes, as the article confirms, some Roman Catholics cannot believe how evil their Pope is or the teachings of the church itself. But then this is what preachers and every day run of the mill Christians have been trying to tell the Catholic people for eons. Problem is, the lusts of the flesh and the desire to be saved IN THEIR SINS as the Popes offer rather than FROM THEIR SINS as the Lord Jesus Christ of the Bible offers is just too enticing to pass up for most and so the church grew exponentially. This is also why over 1 billion people that claim to be Roman Catholic have no clue there is rock hard evidence their church is based on the sexual desires of the Pagans of old and I’m not just whistling Dixie here either. We have actual quotes from the Vatican prelates admitting their adopted all the Pagan rituals into the church in writing! This is why the ancient sexual games of Pagans of old in their annual Easter week decadence is still embraced to this day thanks to Roman Catholics. But the fact over 1 billion people stay in a church that has been exposed by hundreds of thousands of victims that have been molested by their own priests proves the lusts of the flesh are way too strong for some to give up. So strong in fact they will allow their very own children to be molested and even look the other way when their children alert them of their local priest raping them.

I am not going to get into a long drawn out list of how Paganism and Catholicism are one in the same. Reason being is, if you click here you will see I already did that research many years ago and listing all that in the blog will no doubt cause some to stop reading as it would be one looooooooooooooooooooong entry! For some that information is far too vulgar and far too boring in fact as it literally goes on and on as to how evil Roman Catholicism is and the scary thing is, all of it is historically documented and then confirmed as part of Roman Catholicism by the church’s very own Vatican prelates in writing. So the truth here is, unless you have a dog in this fight, massive compilations of facts like this can be mind numbingly boring and overwhelming for some people. But I know some that cherish that info because it helps them to alert those they love about this church. And so I had to do the research and had to lay out the facts because the truth must be made known. Bible prophecy says the Roman Catholic church is the whore of Babylonian Paganism and so I had to post the facts for those that question the Bible so as to hopefully remove all doubt. And yes, for those Catholics reading this, that is why your priest hates the Biblical doctrine of Sola Scriptura. They know how that Bible exposes them in graphic detail and so they teach their flock the Bible is a “dead and speechless book” so they won’t open it up. Click here for the source of that quote and many more that confirms the Vatican prelates hate the Bible.

Still.. will this petition force Jesuit Pope Francis to change his nightmarish sex-ed program in the Roman Catholic church? Not a chance! But, being the political icon for the church of Rome as he is, I have no doubt he will eventually make some flowery speech so as to gild the lily on this one in the hopes of making it all appear to be taken care of. Don’t believe me? Do a tad bit of research and look back on how many hundreds of times the Vatican made speeches addressing the child molestation situation in the church the last few centuries alone. Did those speeches change anything? Not one but! Why? In fact, the speeches made by the last four Popes on this topic never slowed the molestations that are still all over the News to this day. But the basic reality as to why this petition won’t matter is that Christian prophecy can and never will uphold a lie. The Vatican was prophesied to be this way and it will remain as such until the smoke of her burning rises up. MARANATHA!