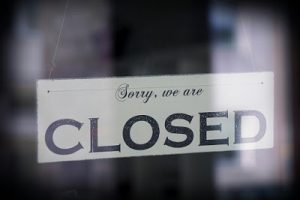 We would, in times past, never work on Sunday! Why? You have six days — Monday, Tuesday, Wednesday, Thursday, Friday, and Saturday — to do all of the necessary work.

At the beginning of time and creation as it is written in the Holy Bible, Genesis 2:2-3 reveals that God blessed the seventh day, sanctified it, and rested from his six days of exquisite work. And God saw that everything he made was very good.

There are no more days of the week left after the number seven. There are seven musical notes with multiple variations, seven seas, and Denzel Washington of “The Magnificent Seven.” Bible scholars say that the number seven denotes spiritual completion or perfection.

The seventh day, or Sabbath Day, is part of the Jewish faith to be observed and reverenced forever. Their Sabbath Day, which is Saturday on the Jewish calendar, is to be remembered and kept holy, according to Exodus 20:8 Scriptures.

On the Gregorian calendar, which the Western part of the world operates on, for Christians, Sunday, or the Sabbath Day, at one time or another was considered sacred and holy, reserved for worshipping God and spending quality time with family. Sundays, the Sabbath, was preserved by the old-fashioned “blue laws” of the land.

Blue laws were designed to protect and enforce religious standards. Blue laws began in Texas in 1863 and were still being passed in 1961. Many states prohibited the selling of alcoholic beverages on and off premises in one form or another on Sundays, or at restricted times.

Also, blue laws of Texas did not prohibit most businesses being open on Sundays, but all of the restrictions made it impractical to open.

Can you imagine when some Sunday shopping was a crime? If this blue law was still in effect today, we would all go to jail and cause a jailhouse rock with an 8.6 magnitude on the musical Richter scale like Elvis Presley did back in his heyday.

Some youngsters may find these stories too strange to be true and extremely difficult to believe, but I definitely remember a few of them.

Due to legal reforms, many of the “blue laws” have been abolished or repealed in the United States, although there are some states that still ban the sale of alcoholic beverages or cars on Sunday. Most of the Texas blue laws came to an end in 1985. Never on Sunday again!

Can you recall some things you would never do or don’t do on Sunday? Pause and think hard for a complete minute.

My husband’s friend and co-worker, Reverend Pete Minor, said he never washes his vehicles on Sunday, never do any physical labor such as work in his yard or even cook anymore on Sundays. Sundays are like the artist MC Hammer would often say, “You can’t touch this.” Sunday is still special to the Rev and his entire household and that’s a beautiful thing.

I decided to retrieve another opinion about the practice of preserving Sundays. Last Thursday, I had a lengthy phone conversation with my nephew, a bonafide, charismatic Southern preacher known as the Reverend Jimmy Butler. What did I do that for (giggle)? He preached such a poignant and passionate sermon to me that I do not have neither the time nor space to write about it. I should have seized the moment and recorded that message.

As a result, I can only share with you a few highlights of our electric conversation.

Reverend Butler stated things he recalled he would never do on Sundays as a youth: don’t chew gum in the church, don’t run in the church, don’t leave trash in the bin behind the pews, don’t go back and forth to the bathroom, don’t laugh in choir stands, and you better not laugh when people catch the Holy Ghost.

I most surely believe that our present day youths need to remember these don’ts or never-on-Sundays customs and put them into practice every time they enter a church.

If you desire to hear more of his youthful wisdom and oratorical skills, Butler will be preaching today during the 11 a.m. service at Greater Zion Missionary Baptist Church. Come prepared and be open and receptive to hear the Word of God.

I, too, vividly recall that there would never be children’s sporting events or any activities on Sundays. It was a quiet, calm and peaceful day for the most part.

We must become wise as serpents, alert and vigilant, and recognize the slithering and cunning tactics of the enemy, that these functions on Sundays are designed to diminish and deplete the moral and spiritual fabric of our families, and turn our hearts away from God’s elite standard of living.

Right about now, I’m easy like Sunday morning. I know it sounds funny, but I need the church in my life. It is my recharging or filling station for the week. As a matter of fact, attending church service is the hospital where sick people attend to get well.

Aren’t you sick of all the politics and shenanigans going on in our country? If so, never let anything preclude you from honoring Sundays or the Sabbath Day.

Remember that day and keep it holy. No one can say or sing it better than Lionel Richie of the Commodores, “I’m easy like Sunday morning.”