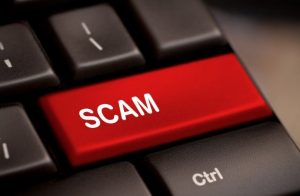 Women who responded to the online ads were asked to send money, which prosecutors say moved through two bank accounts belonging to Fleming.

Fleming’s attorney said her client did not know people were being scammed. Originally prosecutors suspected he may have fled to Florida in an attempt to escape indictment, but those allegations were dropped.

Under the agreement, Fleming faces no additional prison time beyond the three weeks he served after his arrest, and $90,000 restitution.

In August 2015, Fleming was charged with federal crimes alleging he claimed more than $91,000 in wire transfers from three states, and sent $2,500 to Nigerian accounts over two years from what the indictment described as the proceeds of “unlawful activity.”

In addition to Nigeria, the alleged scheme involves participants in Connecticut, Illinois and California, according to the five-page indictment.