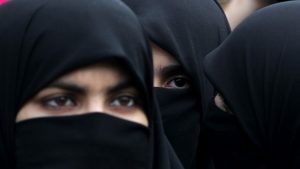 A young woman who received death threats after going out without her full-body dress in Saudi Arabia now faces being lashed after she was arrested.

The woman, identified as Malak Al Shehri, shared a photograph of herself without a hijab or abaya – a traditional body covering – on a street in the capital city of Riyadh.

Al Shehri sparked fury on social media after she went out in public in the conservative capital, with some even calling for her execution.

Some raged that she should be “thrown to the dogs” or “beheaded” for daring to stand against the country’s strict rules.

But hundreds came to her defense and praised her “bravery” for sharing the picture on Twitter.

A student from the Saudi city Dammam, who used the name Sara Ahmed, shared the shot, which showed Malak wearing a black coat over a brightly-coloured calf-length dress.

Malak also donned over-sized sunglasses and brown ankle boots which offered a glimpse of a tattoo on her lower right leg in the picture.

“A Saudi woman went out yesterday without an Abaya or a hijab in Riyadh Saudi Arabia and many Saudis are now demanding her execution,” Sara captioned the image.

“Kill her and throw her corpse to the dogs,” one Twitter user wrote.

Another said: “We want blood.”

While some vented their outrage, many voiced their support and encouraged others to “stand with Malak”.

The picture also sparked a hashtag which called for Malak’s imprisonment.

Sara said Malak received so many death threats that she was forced to delete her account.

“So many people re-tweeted it and what she did reached extremists, so she got threats,” the student told the International Business Times.

All women in Saudi Arabia – local and foreign – are legally required to wear an abaya – which is a traditional full-body covering.

Muslim women must also wear a headscarf – or hijab – but foreigners do not need to.