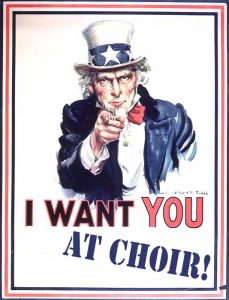 “A recent study has found that women who attended a religious service more than once per week had with a 33% lower risk of death compared with women who had never attended religious services. That’s huge.  According to Obamacare logic, we should seriously consider mandating that every American attend church every week. …But if forcing people to have coverage to save lives makes sense, then why not force them to go to church? Think about it: Obamacare forces every American to have health insurance and then tries to soften the blow of that mandate by heavily subsidizing coverage for those with the lowest incomes. In 2016, CBO estimates the federal government will spend $5,000 in subsidies for each uninsured person who gains coverage. Even if we believed the best-possible-case figures from the Massachusetts health reform–i.e., that expanded coverage reduced mortality risk by 30%– mandatory church attendance still would produce slightly greater mortality gains without requiring any taxpayer subsidies . In short, we could have all of the purported health benefits of Obamacare without incurring any of its costs!” –Source

Yes, the man writing the article is being quite sarcastic as well as having a little fun with the strange logic that runs through the political mind, but he does have a point here that most (himself included) my miss. First off it’s clear, the numbers don’t lie. So if they were to mandate church attendance as he jokingly suggests; and seeing how money rules the government AND the churches, it is a plausible outcome no matter how ridiculous it may seem to some. Still, even if he doesn’t realize it, it will happen. But not so much in the way he assumes.

Truth be known, it’s not like the idea of a mandatory church service was never considered before. In fact, in the infancy of this nation we saw that it was in fact mandatory in the early colonies and anyone failing to attend would be punished. First offense would be the loss of allowance for that one week. Seeing how they relied heavily on that allowance to survive, that wasn’t an easy thing to do without. The second offense would be the loss of allowance as well as a rather violent public whipping. The third offense was death. And no, I am not just whistling Dixie here. Well, at least not for another 251 years. Check out this excerpt from a colonial document back then.

They did this back then thanks to Roman influence still festering upon their version of Christianity, and students of prophecy know all too well that they will reenact this law soon as we see Roman influence on ALL religions today including politicians. In fact, Trump has placed more Roman Catholics on his cabinet than any other president in recent memory. Don’t quote me on that as the jury is still out. But he is piling them on in heaps as we speak.

So.. such an idea, as sarcastic and spiritually idiotic as it may seem at first glance, one can see is never without the proverbial possibility that someone in power may see it as a viable option that would generate even more cash into his already silk lined pockets. The fact the early settlers of this American nation saw fit to do so back then suggests they will do so in the very near future as well. After all, prophecy does declare religious laws are headed our way and the ultimate religious law is in fact Sunday laws. The fact this author moves the numbers to prove the government as well as tax payers can save a ton of money by mandating church attendance using the statistics that suggest church attendees live longer (be they fudged or not) can be repeated often as a viable talking point in the coming days when more dialog on Sunday laws scatter forth. And once again I must say to all those scoffers reading this post that can’t help but to chuckle as you prepare to ship me a tinfoil bonnet, laugh it up all you like. It’s not like this would be the first time that which students of prophecy have shared that brought peals of laughter. But I am positive this will be the last.

And just so you know, as something like this has to be said. No, I don’t see this going down word for word or even stat by stat as per the article’s author quips. But I can see how the hundreds of corrupt politicians presently chomping at the bit for a way to build yet another cash cow that can replace Obama’s extremely unaffordable care act that’s dying as we speak. In fact, were you aware that only four of 24 Obamacare co-ops remain open? It’s the worst money sucking failure to date for this nation. And so, as crazed as the thought of a mandated church service appears for some; just as we saw in 1610, it’s not impossible. I mean seriously, we all just saw how insane it was to even try pushing through Congress this mess called Obamacare did we not? What would stop them from continuing the insanity by doing as the article suggests, be it sarcastic or not?

Bottom line is this. Truth is, for most with Bible in hand and faith in heart, we know Sunday Laws are prophesied. That means IT WILL HAPPEN.