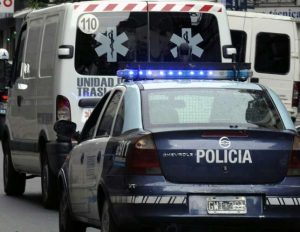 “A convicted pedophile has died after being badly beaten during a concert he was performing in a cathedral near Buenos Aires, attacked by parents from a preschool where he had allegedly molested children, a priest said. Marcelo Fabian Pecollo, a music teacher and trumpeter with the Moron city orchestra, was sentenced in 2010 to 30 years in prison for molesting five preschool children. He was freed in 2014 after a sentence reduction.” –Source

First and foremost, killing the man in a mob scene is most assuredly not the Christian way to handle this at all But since this is the Roman Catholic Cathedral de Moron wherein being under Vatican rule everything from abortion,Satanism and burning your neighbors homes down for refusing to partake in drunken festivals is deemed acceptable; one can expect the norm to be a violent outcome towards anyone that has “wronged” them.

For those of us that have been called everything from bigots to Catholic bashers for sharing the Gospel and Present Truth message, we know extreme anger and violence is often used as an evangelistic tool in the Roman Catholic church. I know, I was Catholic 29 years and share my “faith” in the same manner more than once. What amazes me is how more priests haven’t seen this kind of violent end at the hands of their parishioners. But then, when you are taught to worship the priests as “gods on earth,” the normal response for any Roman Catholic to a priest being tagged a child molester is going to be anger and disgust. But not against the priest. It will be against those exposing the priest. At least that’s what I and a few million other people saw the last few centuries. No, I was never molested by a priest. But I did know of some who were raped by priests when I was growing up. What shocked me is how when these poor abused little boys told their parents, instead of believing their own children, they chose instead to lash out at their own children for accusing the priests of such horrific acts against them.

In any event, do you see what I see between the blurred lines of reality here? It is prophesied the people of the world (nonbelievers that is) will be moved by the powers that be to surround and kill the people of God in the coming days because we refuse to bow to the Pope’s Sunday Laws; of which they claim to be the Vatican’s global mandate that they have found to be the fix for all the disasters. And so in order to get the people into a state of mind wherein killing someone, be they guilty or not in a mob scene, must be cultivated slowly but surely. This is why I did the video back in June of 2001 titled “By Beholding, most Become Killers.” Thanks to the Inquisitions and the violent ways Catholic priests have treated their own flock, their neighbors and even forced their loyal parishioners to abuse their own bodies in Pagan rituals, we know the enemy of souls already has the Catholic church pretty much under control when it comes to committing violent acts in the name of God. But the so called Protestants need to join the crowd if Armageddon is ever to have a fighting chance. (no pun intended) And so everything from violent Hollywood movies, video games and sporting events just to name a few have conditioned them to follow the Pope’s lead on this.

What we see happening in the Catholic church is par for the course for the end time agenda of Satan. The fact the priest in that Cathedral claimed the pedophile was only an “alleged” molester, even though everyone there knew he was already convicted and served 4 years of a 30 year sentence, shows they will defend anyone that embraces their same desires of the flesh. And that is why I believe the pedophile was allowed back in the church to play his trumpet before the people in that concert. Rome’s always done that in fact. The thousands of lawsuits around the world show how once a priest gets caught molesting a little boy, they move him to the next church so as to protect him as well as the Vatican’s largest organized group of child molesters known to man. Still, as morbid as that may seem, I doubt anyone in that mob picked up on the fact that the priest used the word “alleged” at all. All they cared about that day was killing the man that molested their precious children. I only hope that man truly repented of his crimes against those children before his church members took his life.