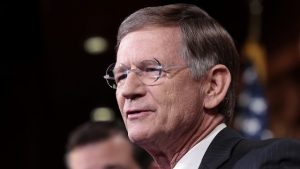 “The Obama administration withheld information from Congress and improperly fired an employee as part of a politically motivated push to end a Department of Energy (DOE) program, House Republicans say. A report Tuesday from the House Science Committee, based on an 11-month investigation, said the Obama administration wanted to shut down the DOE’s Low-Dose Radiation Research Program — which the committee has voted to save — in order to shift funds to President Obama’s climate change priorities. …The report released Monday goes even further, accusing the DOE of “a scheme to withhold information from congressional staff” to push Obama’s climate goals. …Thereafter, the DOE took punitive action against a scientist because she was unwilling to go along with the department’s inappropriate and unlawful advocacy scheme.” –Source

Oh what a tangled web we weave when first we practice to deceive. So many bogus agendas swirling around the White House now-a-days that when one comes into view that can jeopardize the most current and focused false agenda of the first beast in Rome, anyone threatening that agenda, and this includes those that have well documented evidence confirming the agenda false, they must be removed at all costs. Problem is, you can’t fire everyone, you can’t pay off everyone and you certainly can’t kill everyone that may eventually speak out against you. Still, Rome and her cohorts in DC will try all the way until the Lord that prophesied their plans returns.

Climate change aka global warming is not going to ever go away. The unholy Church in Rome was prophesied to use this agenda so as to have a reason to enforce her mark and so this will happen in that exact way. If only the Scientists who are in such positions to publish their findings would realize this they would be better off laying low while at the same time continuing to publish their findings to the general population that can use it. Word of mouth has and always will be the best method of communication. Because as I said a moment ago, you can’t kill them all. Especially when there are 31, 467 Scientists of which 9,029 carry a valid PhD that have all the data on this. All I see this well researched scientific information can be utilized in today’s world is in a way to open eyes that may still be a bit clouded as to why the Pope is pushing climate change. After all, most preachers, pastors and teachers no longer know or even care about any of this and so the common man among us will have to step up to the task. And you guessed it, the Lord knows this too. And so obedient Christians the world over with the desire, faith, trust and God given ability to speak in ways that will move many around them will begin to speak out and that loud cry will get very loud.

We have the prophecies and we already have the utterance of students of prophecy who for decades have shared the facts in Scripture and historic record and so the 30,000+ Scientists, along with their proverbial icing on the cake that is loaded down with facts that confirm, the mark of the beast is about to be enforced can be proclaimed far and wide now by many Christians who at one time sat on the couch waiting for the Lord’s will in their lives to be made known. That day has come.