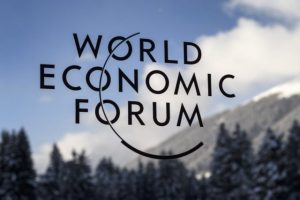 Corporations should be encouraged to support gay rights as a means to further economic gain, attendees at the World Economic Forum in Davos will hear this week.

World leaders gather this week at the Swiss ski resort to discuss how to make globalism more inclusive in response to the rising tide of populism.

As part of that agenda Chief Operating Officer of the Thomson Reuters Foundation Antonio Zappulla has suggested private and public sector leaders be encouraged to be more “inclusive” of LGBT staff.

Singling out organisations who have been leading on that agenda for praise, Zappulla cited the British intelligence agency, MI5, as an example of the “progress” made over the last decade.

“MI5, the UK’s national counter-intelligence agency, currently ranks as Stonewall’s top employer of the year: a remarkable achievement when you think that until the early 90s, LGBT people were altogether banned from working at the British intelligence services,” he wrote.

Starbucks, too, was also lauded as a company “in touch with current LGBT culture”, as evidenced by its advert featuring drag queens Bianca del Rio and Adore Delano, while Starbucks’s CEO Howard Schultz gained applause from Zappulla for “famously [putting] his money where his mouth is” by telling a shareholder who opposed the company’s vocal support for gay marriage to “invest elsewhere”.

Examples such as these are good P.R., but they’re also good for an organisation’s bottom line, Zappulla argues.

“A report by Out Now estimates the US economy could add an extra $9 billion a year if companies improved their ability to retain LGBT talent through the implementation of inclusive policies. Countries where such policies do not exist are missing out: the World Bank estimates India is losing $32 billion a year in economic output precisely because of widespread discrimination against LGBT people.

“The numbers are clear: there is an economic case for LGBT inclusion, and it’s strong,” he insists.

“Companies with strong LGBT policies tend to innovate the most, to have loyal employees, and to experience significantly less [sic] cases of discrimination lawsuits. In addition to that, they are also positively perceived by their customers. It’s a win-win.”

However, he acknowledges that furthering LGBT interests, especially in countries with cultures opposed to the promotion of gay lifestyles, will be a challenge. His answer is to “think and act ‘glocally’: underscoring the business benefits of diversity locally, and adopting global policies that make the workplace safe, fair and accepting for all”.

Zappulla’s agenda contribution comes as the World Economic Forum releases its Inclusive Growth and Development Report 2017, arguing that countries’ economic development should not be judged on GDP alone, but on “social participation”.

According to the authors, “The report, which covers 109 economies, seeks to improve our understanding of how countries can use a diverse spectrum of policy incentives and institutional mechanisms to make economic growth more socially inclusive without dampening incentives to work, save and invest.”

After ranking the countries based on twelve key performance indicators of “inclusive development” including poverty, two inequality measures, and carbon intensity,  Norway came out at the top of the list, followed by Luxembourg, Switzerland, Iceland, Denmark, Sweden, and the Netherlands.

The United Kingdom was ranked 21st, while the United States was in 23rd place.

The authors hope to inspire “a coordinated international initiative” to raise median living standards, in part through the replacement of free trade deals with the “facilitation of trade” by “encouraging convergence around best practices and standards to reduce frictions and boost development”.