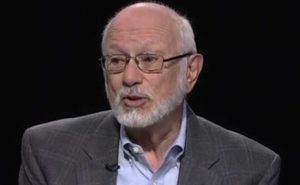 A self-described “faithful” Catholic has introduced legislation forcing Christian healthcare workers to refer for abortions and Christian hospitals to perform them.

The legislation defines “reproductive health service” as including “termination of pregnancy.”

Ortiz y Pino labeled his bill a “Patient Protection Act.” He did not explain how abortion “protects” women, and the title of the legislation does not consider the baby in the womb to be a “patient.”

New Mexico law allows exemptions for both individuals and hospitals with moral or religious objections to abortion. While SB-282 does not directly refer to those legal exemptions, the bill would eliminate those religious freedoms.

Ortiz y Pino voted to keep abortion legal up to the day of birth for any reason in 2015, 2016 and 2017. He justified his vote against a late-term abortion ban by claiming that the Bible doesn’t say abortion is wrong.

“SB-282 forces pro-life medical professionals to participate in abortion and its definitions of ‘standard of care’ and ‘health’ are so broad as to have no meaningful limitations,” she said.

Ortiz y Pino said that as a faithful Catholic he cannot support any abortion restrictions.  In one pro-abortion vote, he added that he went to Church that morning at St. Francis Basilica.

“It was bad enough when Senator Ortiz y Pino used his Catholic faith to justify abortion until the day of birth,” Martinez said. “Now he wants to force healthcare providers, including those of his own Catholic faith, to violate their consciences by participating in abortion.”

Sen. Sharer summarized the pro-abortion politics in his state: “The only reason we still have abortion today in New Mexico is because ‘Catholic’ Democrat legislators support it and because Catholic leaders are silent,” he said.

Both Martinez and Sen. Sharer say SB 282 violates federal law. The Consolidated Appropriations Act of 2012 contained an amendment specifically protecting healthcare providers from being forced to participate in abortions.

Martinez further accused Ortiz y Pino of misleading the legislature because SB 282 does not mention the statute it seeks to eliminate.

SB 282 “does not refer to the (religious) exemption statute at all, meaning that even pro-life legislators could vote for this life-ending bill without knowing they are repealing the basic constitutional right to religious liberty,” Martinez said.

On the national front, the chairman of the U.S. Conference of Catholic Bishops’ Committee on Pro-Life Activities and the chairman of the Ad Hoc Committee for Religious Liberty have written a joint letter to both Houses of Congress supporting the proposed Conscience Protection Act of 2017 (CPA).

The two Catholic leaders wrote that the CPA “ensure(s) that those providing much-needed healthcare and health coverage can continue to do so without being forced by government to help destroy innocent unborn children.”