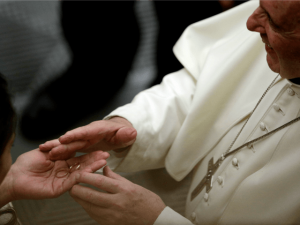 A new manifesto by leading Evangelical Christians has drawn fire for its embrace of traditional sexual morality based on biblical norms.

The declaration, billed as the “Nashville Statement” and signed by more than 150 Evangelical leaders, reaffirms Christian teaching on God’s creation of human beings as male and female, an assertion that flies in the face of recent attempts to proclaim a nearly infinite “gender fluidity” based on “autonomous preferences.”

The authors state that the path to full and lasting joy through God’s good design for his creatures is being “replaced by the path of shortsighted alternatives that, sooner or later, ruin human life and dishonor God.”

“Our true identity, as male and female persons, is given by God. It is not only foolish, but hopeless, to try to make ourselves what God did not create us to be,” the text reads.

The Nashville Statement immediately came under fire from LGBT activists as well as secular mainstream media, who denounced the document as bigoted, prejudiced and antiquated.

In one headline, the Daily News proclaimed that the manifesto “is straight out of the 1980s,” suggesting that sexual norms have moved beyond traditional biblical morality.

The Huffington Post dubbed the statement “Anti-LGBTQ” for its denial of the moral goodness of homosexual relations and transgenderism. The Chicago Tribune similarly labeled the text as “Anti-LGBT” while offering “a more loving” statement of its own that basically says that any sex is good sex.

Salon magazine predictably blasted the statement as “bigotry-filled,” alleging that the manifesto contains “many discriminatory positions” and has rightly been denounced as “un-American toilet paper” written by hypocrites.

The Nashville Statement was fruit of meetings of the Council on Biblical Manhood and Womanhood, which convoked a meeting of evangelical leaders, pastors and scholars Friday at the Southern Baptist Convention’s Ethics and Religious Liberty Commission’s annual conference in Nashville.

The content of the Statement goes no further than to teach what Christians have always believed about sexual morality and God’s plan for men and women.

Last year, Pope Francis made similar comments, reaffirming Catholic teaching on gender and sexuality, which also earned him the ire of the LGBT lobby.

In several statements, the Pope denounced gender ideology, which he called a “global war against the family.” He also decried the evils of indoctrinating children with the idea that gender is a fluid concept, disconnected from biological sexual differences, saying that gender theory is “against the nature of things.”

Francis DeBernardo, the director of a nominally Catholic LGBT group called New Ways Ministry, published a statement attacking the Pope for his comments, accusing him of being out of touch with reality for his “reliance upon so-called ‘gender theory’ and ‘ideological colonization.’”

In a 2016 letter on marriage and the family, Amoris Laetitia (“The Joy of Love”), Pope Francis said that sex education should teach “respect and appreciation” for sexual differences, as a way of helping the young to overcome self-absorption. This respect includes self-acceptance and learning to embrace the body one is born with, rather than playing with fictional identities that deny reality.

“An appreciation of our body as male or female,” he added, is “necessary for our own self-awareness in an encounter with others different from ourselves.”

An effort to cancel out sexual differences based in anatomy is a symptom of a society that “no longer knows how to deal with it,” he wrote.

Modern gender confusion “contradicts the plan of God,” Francis said last October, “who has entrusted the world and history to the alliance between man and woman.”