Season of the witch: Media cheer growth in occultism 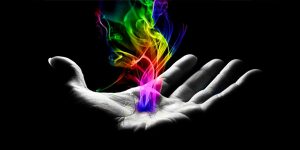 “Witchcraft is becoming mainstream in America. “Wiccan witchcraft is now one of the fastest growing religions in the Hudson Valley,” reported News 12 Westchester in New York. A “third-degree Wiccan high priestess” was quoted as saying the religion is a “mysterious, feminist and nature-focused religion that rewards faith and patience with magic … capable of things like curing illnesses, getting a raise at work and helping people find love.” –Source

None of which happen thanks to the incantation of a witch at all. But the moment one of their deceived clients report back on a possible occurrence of good luck thanks to the witches spell, one can rest assured the witch will milk that single occurrence so as to catapult their effectiveness before their future clientele. And for those clients that have yet to have their bought and paid for “spells” work, a few more dollars will no doubt be the remedy the situation. Will it work to gain more people into their web of deceit? Sure it will! Don’t believe me? Ask how well it works for Joel Osteen, Pat Robertson, Jim Bakker and a host of other prosperity preachers that actually perform the same ritual before the people. The only difference being of course is that the witch is a tad more honest by not adding the name of Jesus into the cauldron.

In my free book “People Get Ready” you will find that chapter 17 touches directly on this long prophesied expectation for the disobedient people of the world. For it is plainly prophesied in 1 Timothy 4:1 as well as other places in the Word of God that “the Spirit speaketh expressly, that in the latter times some shall depart from the faith, giving heed to seducing spirits, and doctrines of devils;” And so they have. And yes, you guessed it, all roads once again lead to Rome.

Well first and foremost, Roman Catholicism is in fact a mix of mostly Paganism with a slight mention of Christianity. In fact, the prelates of Rome actually admit this in writing. Cardinal Newman admits in his book that; “The use of temples, and these dedicated to particular saints, and ornamented on occasions with branches of trees; incense, lamps, and candles; votive offerings on recovery from illness; holy water; asylums; holydays and seasons, use of calendars, processions, blessings on the fields; sacerdotal vestments, the tonsure, the ring in marriage, turning to the East, images at a later date, perhaps the ecclesiastical chant, and the Kyrie Eleison, are all of pagan origin, and sanctified by their adoption into the Church. {374}” -An Essay on The Development of the Christian Doctrine John Henry “Cardinal Newman” p.359

As many of you know, before I left the Catholic church I taught Catholic dogma for my local church family thinking it was my duty to God and church at the time. It was during this time I discovered how Rome boldly stepped away from the Bible so as to gain more souls into the pews. Their demon inspired idea was that you can and will gain more souls into the church by declaring sinful things to be sanctified than you will by exposing the sinful things because more people are into sin than they are repenting. I literally found that 86.2% of the CCD books of the Catholic church were in fact Paganism! And for those that missed the connecting link; every witch alive is indeed a card carrying devil worshipping Pagan.

Still, even though the Vatican is has admitted in writing to being a Pagan church, and even though the witch is a Pagan herself; how on earth will they ever be able to get the rest of the world to join their coven of devil worship? Well since the Vatican has a massive audience of loyal papal parroting going on in every Catholic family, all the Pope needed to do was to openly sanctify a Pagan witch as a wholesome and good role model for the Catholic families and within a few short years of those loyal Catholic families echoing his blasphemous words we see that in the same way they were able to get Pagan Christmas and Easter rituals to gain acceptance across the board, the demonic habits of the Pagan witch will most assuredly become popular in the USA as well. And so the Pope did in fact declare a Pagan witch to be not only wholesome, but Christlike to boot!

“Now my faithful writer gets the last laugh, as the Vatican does indeed approve of “Harry Potter.” Vatican publication Osservatore Romano stated that “the mixture of supernatural suspense and romanticism sets the right balance, making the adventures of the protagonists more credible.” The write-up goes on to call this latest entry “the best in the series.” –art. ‘Harry Potter And The Half-Blood Prince’: Now Vatican-Approved! (online source)

Roman Catholic St Andrews University stated on October 24, 2010
“Theologian Rev Dr Stephen Holmes has claimed Harry Potter should be seen as a “Christ-like” figure because he promotes Biblical values. The Acting head of divinity at St Andrews University, said some religious commentators had been hasty in their condemnation of the phenomenally successful series.” –online source