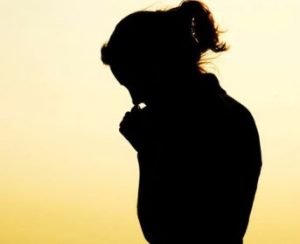 Do you recall how students of prophecy have been warning people for years that since the Vatican’s child molestation scandal became well known they had to do something to cover it up? Reason being is, the tens of thousands of lawsuits are now totaling $4 billion dollars so far and so they have to figure out a way to normalize the main fruit of the Vatican. That being of course pedophilia.

We have stated for literally decades now that they must first normalize homosexuality since even Christian prophecy predicted the priests would be homosexuals. (See Daniel 11:37) Normalizing homosexuality is a must for Rome as it would allow them to #1, make the Christian God look bad while claiming to stand as Christian leaders as prophecy predicts they would do all along. (click here for proof) And #2, normalizing it would allow for the dollar amounts in the lawsuits to lower once society places less of a taboo upon it. And when they normalize pedophilia those lawsuits would eventually become a thing of the past which would then open the floodgates of Vatican decadence into society as the norm worse than it was in the past.

As we stated years ago; after they legalize homosexuality they would also have to normalize polygamy so as to test the waters to see if they have sufficiently lowered the morals of those they hope to deceive. And we all know how Hollywood has offered their promotional powers in airing reality shows wherein polygamists are allowed to be filmed and promoted as the norm without so much as a slap on the wrist. And since both those long expected events have come to fruition so as to make pedophilia appear not so bad to the majority who have finally become silent in all this; check this out.

“After public consultations and the recommendation of a panel of experts, “the government has decided to set the age at 15,” Schiappa told AFP. The issue was brought to the fore after critics and lawmakers said French laws had allowed two men to escape rape charges when they were accused of sex with underage girls.” –Source

If you read on you will see many European states are in agreement here and some even want the age of consent lowered to 13. Thanks to the Vatican inspired Koran wherein pedophilia has been sanctified, having it spread throughout Europe will be an easy task to say the least. And so, as expected, to make all this appear as no big deal to the majority, homosexual marriage became legal making the Bible appear hateful and then unbelievable when it declares homosexuality to be an abomination onto God, and now that Polygamy has been promoted for years to lower the moral standards of millions, the French government has announced that pedophilia will be legalized in France in coming weeks. And some say Christian prophecy is a joke? Me thinks the only ones laughing now are those refusing to see the truth in all this as it was revealed to the letter in the very Bible they strangely claim is an outdated book.