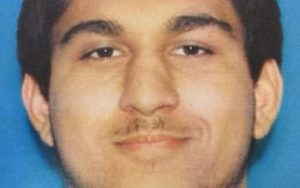 “A pattern has emerged, repeating itself after almost every new terrorist attack committed on U.S. soil. The connection to Islam is initially ignored, then downplayed as mere coincidence. The attacker’s motive is either “unknown” or cannot be “speculated” about, according to local law enforcement. It happened again Friday night when Arcan Cetin, a 20-year-old Muslim immigrant from Turkey, shot and killed five people at the cosmetics counter of a Macy’s store inside a mall in Burlington, Washington. Investigators said they didn’t know what Cetin’s motive could have been. KIRO TV in Seattle reported that authorities had “no indication the shootings were a terrorist act.” And by Monday night Savannah Guthrie, anchoring NBC Nightly News, said “The motive is still a mystery.” –Source

Two things have become very apparent here. #1, they are doing all they can to hide the fact that Muslims are doing exactly as they promised to do once they got on US soil. For literally years we have heard them chant “death to America” over and over again in foreign nations and now on our own city streets. And we know all too well about their daily attack on anyone in the Middle East that claim the same God Americans do and that being of course the Christian God. Well.. at least in some cases the one this nation was founded on that is. Today the so called “Christian God” of America is nothing more than a watered down version of the Jesus of the Bible and a more sure fit of the Roman Catholic Pagan god called “Jesus.”   END_OF_DOCUMENT_TOKEN_TO_BE_REPLACED