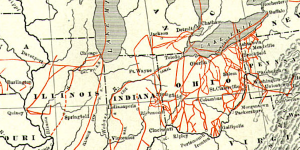 “CNN’s Jake Tapper and Kyung Lah report on the efforts of religious groups who are preparing an “underground railroad” to hide illegal aliens from potential deportation.” –Source

This so called man of God said (at about 2:10 in the video) that he is breaking federal law because he “answers to God” and so he must help illegal aliens by hiding them in secret locations all over his area. He makes the assumption, and I would also think he hopes, that the people watching him claim on camera to be doing God’s work don’t actually read their Bible because he is breaking the laws of the land and the Bible clearly declares that is sin. So he is correct in assuming he will “answer to God” for it, but not in the way he believes. And for an added bonus for his sinful rebellion, he will eventually answer to the authorities that write and enforce the laws because they are ordained of God to do so.   END_OF_DOCUMENT_TOKEN_TO_BE_REPLACED