Choking plumes of hot ash, thick smoke and torrents of lava – such apocalyptic scenes could be witnessed in Indonesia as Mount Sinabung struck, killing at least seven people. Social media has been flooded with photos and videos of the devastating volcano rumbling to life.  Continue reading…
Posted on May 23, 2016 by Gospel Order 0 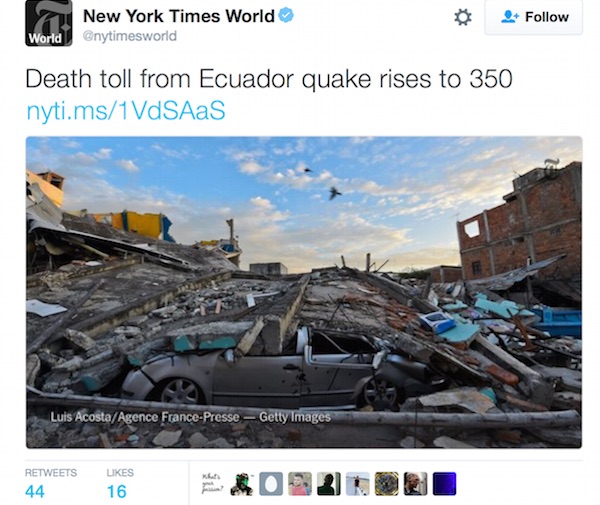 A flurry of earthquakes and volcanic eruptions wreaked havoc around the globe in the past week and reignited widespread interest in the natural time bombs beneath humanity’s feet.

A volcanic eruption near Mexico City on Monday and an earthquake in Ecuador on Saturday followed a pair of earthquakes that rocked Japan last week. In short, Mother Nature dealt millions of victims five days terror that involved collapsed buildings, soot-filled streets, tsunami warnings and emergency workers searching through rubble.

Filerma Rayo, 33, told Reuters she spent five hours trapped under debris in Pedernales, Ecuador, after Saturday’s 7.8 magnitude earthquake. Nearly 300 people and at least 2,000 were injured. Hundreds of corpses were consolidated at a nearby stadium to be identified. Source