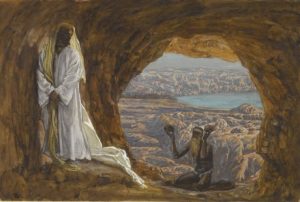 A 44-year-old pastor in South Africa tried to emulate Jesus Christ who fasted in the wilderness for 40 days and 40 nights to prepare for His ministry as written in the gospels of Luke, Mark and Matthew.

However, Pastor Alfred Ndlovu died of malnutrition after enduring 30 days without food and water in the South African wilderness, Buzz South Africa reports.

His body was reportedly found lying on the ground in the wilderness by a man passing by the area. The unidentified man alerted the police who then informed his family and congregation about what had happened.

The pastor’s death came as a shock to his family, church members and the community at large.

“He was a very spiritual man. It’s unfortunate he had to die this way. After a month we got the sad news of his death,” a close relative said.

“Pastor was a healthy and religious old man who did not even look his age,” the kin added.

Ndlovu was widely known in his church and community as a very spiritual person “with a faith that could move mountains,” according to Buzz South Africa.

The pastor reportedly left home to make a “spiritual journey” on June 17. Just like Jesus, Ndlovu left the things of the world behind him and focused on God as he took to the bush to conduct prayers, the report says.

The pastor had no history of illness and was as “healthy as a horse” when he left for the spiritual journey, according to the news website.

In the New Testament, several passages refer to Jesus’ stay in the desert wilderness which took place after his baptism by John the Baptist.

The passages state that the Holy Spirit drove Jesus into the desert wilderness where He was tempted three times by the Devil. Jesus refused the Devil’s challenges and remained faithful to God’s will for his life.

According to Reference.com, the number 40 in the Bible is associated with the testing of the Israelites as they wandered through the desert.

As written in the Bible, Moses and Elijah were the other biblical figures that went into the desert for periods of fasting, prayer and testing.