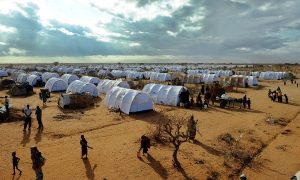 “The U.S. Conference of Catholic Bishops, operating through its Migration and Refugee Services division, resettled more than 22,000 refugees in 2015, with many of them coming from the Muslim-dominated countries of Somalia, Iraq, Syria, Sudan and Afghanistan. …Some of the states where the Catholic bishops are most active in resettling Muslim refugees are Michigan, Minnesota, Tennessee, Ohio, Florida, California, Arizona, Maine, Georgia, Nebraska, Illinois, Virginia, Kentucky, Washington, Texas and Utah. …At the same time the Catholic Bishops are placing Muslim refugees into hundreds of U.S. cities and towns, they have also been lobbying Congress for the U.S. to embrace the mostly Catholic Central Americans who have massed at the U.S.-Mexico border seeking asylum. “If you are a Catholic, you are likely being bombarded this week (Jan. 8-14) with propaganda about welcoming the stranger,” writes refugee watchdog Ann Corcoran at her blog, Refugee Resettlement Watch.” –Source

That all being said, when right here in the good old US of A starts seeing the numbers of rapes by Muslims continue to climb and Islamic honor killings in America go off the chart remember this one basic fact. It was the prophesied man of sin in Rome who put every young girl in America in danger of being raped and even killed for the sole purpose of having a massive Islamic voting bloc in America. Sure, like their wicked offspring, La Cosa Nostra (aka Mafia) the Vatican will always place a reputable facade on their actions so as to have the winning hand in any “moral” argument no matter how obvious it all is. What I mean is, when someone asks them why they are breaking our laws and flooding murderers, rapists and child molesters into our country by the millions, they can play the moral card and shout back, “don’t you have love for your fellowman?!” And we say yes we do! And that very love moves the obedient bride of Christ to warn the world over of their openly exposed ulterior motives. And what might that be you ask? I will let the Vatican’s very own prelates admit their agenda in writing…

Now do you see why the man of sin keeps bringing in the illegals that hate Christians just as much as they do? They know when it’s time to vote they will vote on the side of Rome and the mark they have been working towards enforcement will finally be enforced. Still, even though the obedient remnant warn them every change we get, and even though the Word of God makes it childishly easy to illustrate the truth when we show our love for them by sharing those eternal words, most in bed with Rome will blow it off with laughter after hearing it only to walk away with demon inspired contentment feeling they have won the battle for that day and therefore vindicated in their rebellion. But the war is almost over and soon the prophesied smoke of destruction will rise from Rome just as the Lord’s bride has been declaring it will for eons. Christian prophecy is not only 100% accurate, it has been spoken by a God that has seen the end from the beginning. In other words, IT WILL HAPPEN!