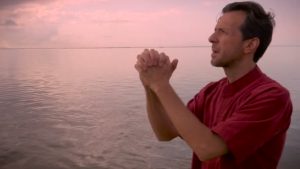 As any Christian will admit to, they have seen their pastors do this before their own eyes and there are literally millions of videos online of pastors from every denomination known to man standing before the people in prayer with hands closed in the same way the Pagans of old did unto Baal and then Roman Catholic priests have done since they mixed Christianity with Paganism.

As we know, it is prophesied that ravenous wolves will gain the pulpits who will then wonder after the beast in Rome to do as their dying god commands so as to gather the people of the world into the camp of Rome. And so sadly; if you scan the videos online you will see SDA pastors in the church as well as those that have left the church mocking the Lord your God while standing in prayer with hands closed before the people as if they need not bow or even raise their hands toward Heaven when praying unto the Creator of the Universe. Unto these apostate pastors I declare…

Now these are only a few of the times it is mentioned in the Word of God wherein men raised holy hands to Heaven and knelt in prayer. But I hope these few verses are enough to open the eyes of some souls still trapped in apostasy. All these patriarchs and prophets knelt in perfect reverence unto our mighty God while in prayer and yet it is a very rare thing to see SDA ministers kneeling in prayer these days. Just search out the videos online for yourself and you will see this first hand. And if the Bible is not sufficient evidence unto you so as to declare the SDA leaders in and outside the church are in open sin as prophecy predicted they would be; see what is declared in the Spirit of Prophecy regarding all this.