A government agency in Germany has announced a new scheme that will see power suppliers able to remotely limit home heating and electric car charging. Germany’s Federal Network Agency, a government watchdog responsible for the regulation of electricity and gas in the country, has announced a new plan that will allow power grid operators to remotely limit the use of heat pumps and electric car chargers in Germany next winter without the user’s permission. With the plans set to be put in place by January 2024, the measure has been described as a way of ensuring energy grid operators have the ability to artificially curb electricity demand should consumption outstrip supply. According to a report on the new scheme penned by Die Welt, the plan has been drawn up in response to the German energy grid being put under more and more strain by an increasing number of electric car chargers and people using more ‘environmentally friendly’ but electricity-intense heat pumps in their homes… According to a report by Politico, researchers believe that the country’s aim of having 15 million battery vehicles in operation by 2030 is ultimately a “pipe dream”, with one professor suggesting the final figure will end up being less than half that.” – Source. 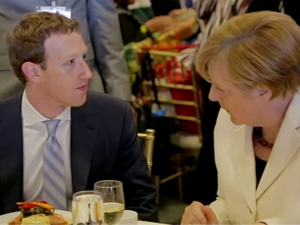 “The Financial Times reports that following Angela Merkel’s worries about fake news and misinformation prior to the upcoming German elections, Facebook will begin their fake news monitoring program in Germany very soon. Facebook announced their fake news fact checking program in the US in December, partnering with partisan organisations such as ABC News, Snopes, and Politifact to determine what counts as fake news. Stories reported on Facebook’s platform as fake news will now be forwarded to Correctiv, a German-based non-profit news organisation. If the news is deemed to be incorrect it will be marked as “disputed” and an explanation for the judgement will be attached. These items will also appear lower on Facebook timelines as items are sorted by Facebook’s algorithm.” –Source

You know what this all means don’t you? The fake news agenda is… FAKE. What I mean is, since the left didn’t like the way they lost the US election they have now gone global so as to “police” what they deem “fake news” in other nations so as to assure a positive outcome on their end when the times comes for them to take the golden scepter. This is what Hitler did in his day. Anyone against his Vatican commanded insanities were declared war criminals based on a Vatican definition of dissension. And how do I know the fake news “police” are going to lean to the left and by no means do this policing in an unbiased fashion? The fact they mention one of the fact checkers as the government owned and operated “Snopes” website makes it painfully obvious the fix is already in before it starts and therefore free speech will be off the table unless of course it leans to the left.   END_OF_DOCUMENT_TOKEN_TO_BE_REPLACED

Why they claim they are just now passing the law is a joke. Why do I say that? Do recall this video I did back in December of 2015 wherein I show how YouTube blocked a video I made titled “Nazi’s pledge to obey Pope on Camera“? In that video I show pictures of the Nazi soldiers saluting the Pope using the same Vatican hand signal the Swiss Guards do as a show of respect and loyalty to the Pope and his Trinity doctrine. YouTube pulled the video in Germany and Israel to hide the truth that they feared would go viral regarding Rome’s obvious plans for Israel even today. And I don’t believe they only blocked in the nations listed in that email they sent me either as I got many emails from other countries no on the list saying they could not see the video either. Praise the Lord there is a way around viewing blocked videos. All one needs to do is use a proxy IP address. But they know most people don’t know how to do that. There is software that helps people do this that aren’t too techy. But it is rather easy to do without wasting money on such things. Click here to see what I mean.   END_OF_DOCUMENT_TOKEN_TO_BE_REPLACED

The head of the Protestant Church in Germany has called for Islam to be taught in state schools across the country as a way to make young Muslims impervious to the “temptation of fundamentalists.”

Bishop Heinrich Bedford-Strohm told the Heilbronner Stimme newspaper that teaching Islam in schools nationwide would give Muslim pupils a chance to take a critical approach to their own religion.  Continue reading… 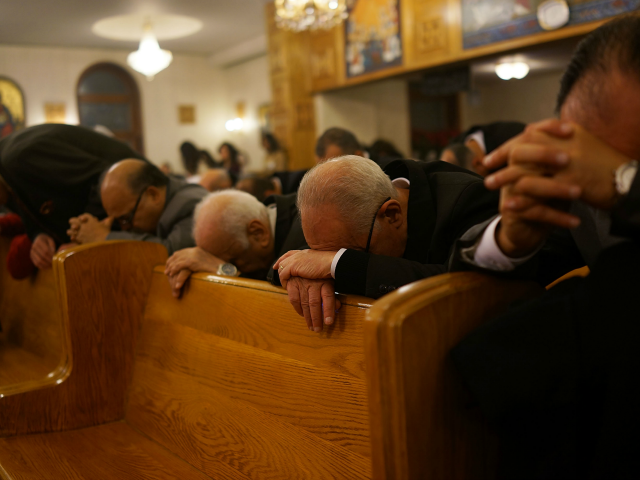 A new study shows that potentially thousands of Christians have been attacked and harassed in German migrant homes by Muslim guards and fellow migrants.

Multiple human rights organizations are warning the German government of the conditions that Christians in asylum homes are being subjected to. One organization in particular has chronicled 231 specific cases of the harassment of Christians by Muslim migrants and Muslim security guards in asylum homes.  Continue reading…