Todd Bensman, a Fellow at the Center for Immigration Studies recently traveled to Mexico where he is reporting on the tens of thousands of illegal aliens heading to the open US Southern Border. In Reynosa, Mexico, at a migrant camp, Bensman witnessed the United Nations IOM handing out free debit cards to aspiring US border crossers. The IOM workers with the United Nations said a migrant family of four gets about $800 a month. Todd said he watched long lines of migrants get their UN debit cards — paid for by US taxpayers. US taxpayers paid 22% of the UN budget in recent years.” – Source.

“The United Nations chief is warning global leaders that the world has never been more threatened and divided and “we face the greatest cascade of crises in our lifetime.” Guterres pointed to “supersized glaring inequalities” sparked by the COVID-19 pandemic, climate alarm bells “ringing at fever pitch,” upheavals from Afghanistan to Ethiopia and Yemen thwarting global peace, a surge of mistrust and misinformation “polarizing people and paralyzing societies” and human rights under fire.” – Source .

This blog entry today is for those that may not see with enough clarity the warnings put forth the last few decades about how the Pope in Rome will use the powers that be to force people to do as he commands; even if the people he controls know his commands are based on unscientific as well as unbiblical lies. 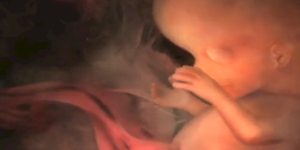 “The European Center for Law and Justice, which has a presence at the U.N., has submitted a statement in opposition, charging the proposal is an “attempt to create a universal right to abortion.” “Indeed, the Human Rights Committee, in its last draft general comment on Article 6 on the right to life, is trying to impose the legalization of abortion and euthanasia against the will of states parties, against the letter of the text, and in contradiction with its mandate.” The organization points out “the draft fails to mention the right to life of the unborn child, and presses states to legalize abortion on demand and without limitations.” –Source

Why do you suppose the United Nations, the long prophesied birth child of the man of sin in Rome, who obviously needed to cultivate the global mindset in all political leaders that a one world government was needed, which is nothing more than a fulfillment of bible prophecy when it comes to Daniel’s vision regarding the ten toes, of which I have a series of videos confirming that ongoing fulfillment listed here. And so why do you suppose they want to make killing little babies legal worldwide and without any limitations? Have you seen my video regarding the former Satanist who admitted he only became an abortionist so as to gain power from Satan with each child he killed?   END_OF_DOCUMENT_TOKEN_TO_BE_REPLACED 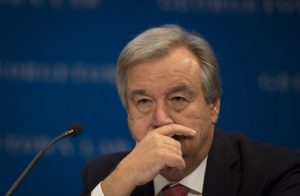 ROME- Former Portuguese Prime Minister Antonio Guterres is set to become the next United Nations secretary-general, and as a Catholic Socialist with a deep concern for refugees and global justice generally, he could become a key ally of Pope Francis.

Guterres emerged as the Security Council runaway favorite on Wednesday, when all 15 members agreed to put his name forward to a formal vote, which happened on Thursday.

Having the support of the world’s super-powers: China, France, Russia, the United Kingdom, and the United States, makes him first in line to replace South Korean Ban Ki-moon, though he still needs the approval of the U.N. General Assembly. The voting will take place on Oct. 17.   END_OF_DOCUMENT_TOKEN_TO_BE_REPLACED

BARCELONA, Sept 16 (Thomson Reuters Foundation) – U.N. officials have said they are confident the Paris climate change agreement will enter into force by the end of 2016, with at least 20 countries indicating they will join it at a U.N. event on Sept. 21, adding to the 27 that have already done so.

U.N. Secretary-General Ban Ki-moon has invited states to deposit their instruments of ratification or approval of the Paris deal at the one-hour event on Wednesday morning.

Leaders whose countries are not yet ready to join but plan to do so this year have been invited to contribute videos expressing their commitment, said Selwin Hart, director of the U.N. chief’s climate change support team.   END_OF_DOCUMENT_TOKEN_TO_BE_REPLACED