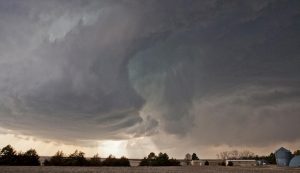 This is precisely why many believe that the recent Typhoon Sarika hitting the Philippines is the United State’s way of saying good riddance. It involves the High Frequency Active Auroral Research Program (HAARP) system and Duterte’s statements about foreign aid.

Currently, Typhoon Sarika (local name Karen) has exited the main island of Luzon and is on its way out of the country. However, according to the Inquirer, another typhoon is hurtling towards the archipelago. Typhoon Haima is projected to be stronger than Sarika and will shortly enter the Philippine Area of Responsibility.
A few years ago, Typhoon Haiyan (local name Yolanda) devastated the country particularly the city of Tacloban leaving thousands dead. International aid flowed from many countries including the US and European countries.

This fact appears to have been forgotten by President Duterte when he uttered harsh words to the United States and the EU. Rappler reported earlier this month that the Philippine president once again berated its former allies.

This is where HAARP comes in. According to Presscore, the installation is being used by the United States to wage war against the its ally. After all, what could be more covert than acts of god?

The Alaskan-based station has been the subject of conspiracy theories concerning its alleged hidden capabilities. This includes being used as military weapon by manipulating weather patterns to produce severe storms over an area.

While there is no definitive proof of this actually happening, the circumstances do give traction to the theory. However, even if it’s possible, it is highly unlikely that President Rodrigo Duterte would abandon his stance after a few Typhoons.

According to Weather.com, Typhoon Sarika is only the first typhoon to hit the country this year. After a Category 4 landfall in Luzon, the storm system is now on its way to southern China.

Do you believe that the United States is using HAARP to wage war on the Philippines? Let us know what you think in the comments.